The Independent News
Uncategorized Dr Mahathir expects Chinese yuan to take over US$ as global currency...

At a speech at the University of Brunei on Monday, September 3, Mahathir Mohamad, the Prime Minister of Malaysia, told the audience that he expects the Chinese yuan to take the place of the United States dollar as the currency for trade around the world.

The Prime Minister said, “Imagine 1.4 billion Chinese who are very productive becoming very, very rich… why should they use the US dollar? They are the people with the money, property with the wealth.

Dr. Mahathir also issued the warning that if this should happen, the United States would go bankrupt.

And it would anger Americans for their money to no longer be used in global trade.

Dr. Mahathir told the audience that years ago one ounce of gold was worth US $36, and today it’s priced at US $1200. This astronomic rise in the price of gold shows how much the dollar has depreciated in value and has caused the United States off of the gold standard.

However, he says that the US maintains “the fiction that it (the dollar) carries the same value.”

He said, “Now one ounce of gold is about US$1,200. That’s how much the US dollar has depreciated but we have been brought up to think of the US dollar as the standard.

Why should the US dollar be the standard?”

He reiterated that the United States does not have sufficient gold to pay its debts.

Many netizens were quick to dispute and even ridicule Dr. Mahathir’s statements about the Chinese yuan replacing the United States dollar as the global currency 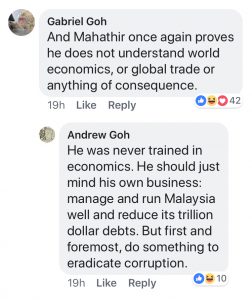 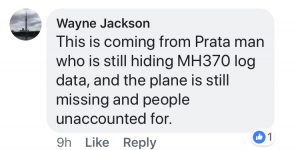 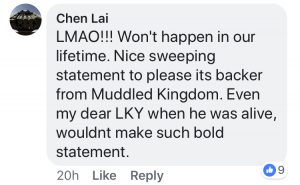 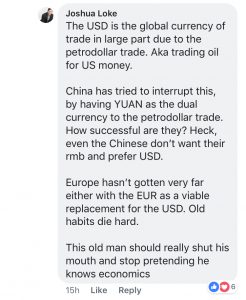 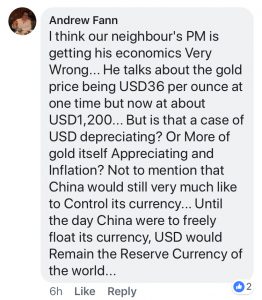 Others defended Dr. Mahathir, citing his wisdom and experience. 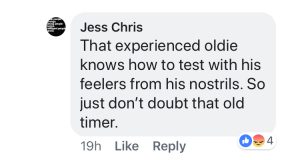 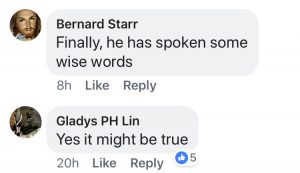 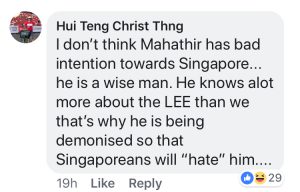